What a surprise one of my fellow design team members got when she opened her latest issue of Cardmaking and Papercraft Magazine to find that the Teddy Bo Challenge website had been picked as one of their favourite blogs. Well you can image the excitement at Teddy Bo HQ, lots of squealing and happy dancing! Teddy Bo is taking over the world, one furry hug at a time! 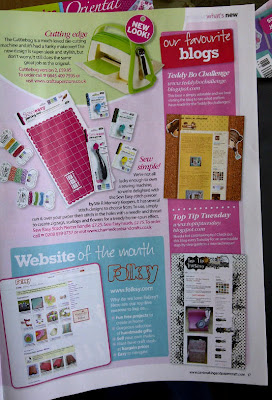 Well it's another Teddy Bo Tuesday and that can only mean one thing, Gayle has some fab new images up in the store, there is even one of Bo and Bea celebrating the Royal Wedding! make sure you go along and check them out, here are a couple of my favourites from this weeks selection. 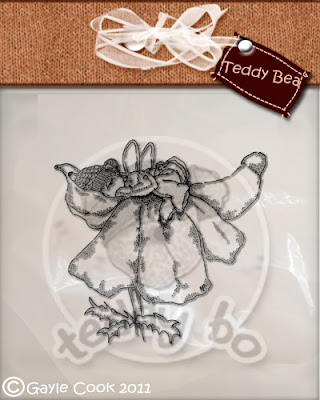 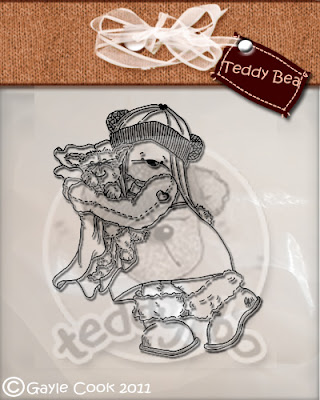 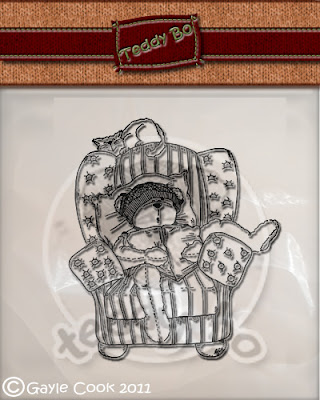 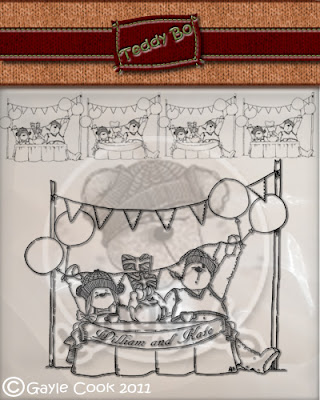 Still on the wedding theme, although not "that" wedding LOL! I have made a Keepsake plate for some friends of my daughter who are getting married later this year (same ones I am making the wedding stationery for). I have used the pre-coloured Wedding Car digi, some little hearts I made in photoshop and a pretty font called Adorable which I downloaded for free from DaFont. The image, wording and hearts were printed onto Safmat, (a clear self adhesive film), cut out leaving a small edge,  peeled from the backing paper and stuck onto a 10 inch plate (easy peasy) which cost me 60p in Ikea. Once nestled in tissue paper and boxed it should look fab. 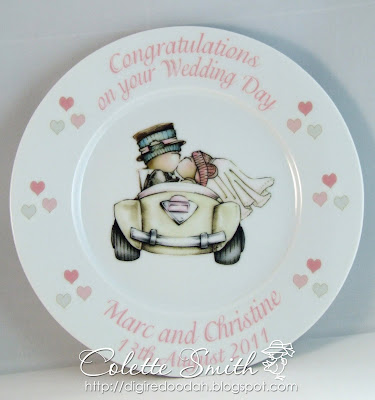 Don't forget there is still time to enter the Teddy Bo challenge, Buttons and Bows, you have until Sunday midnight to get your entries in!
Posted by Colette at 00:01

Wow Colette this is fab! Such a lovely keepsake for the happy couple.