Quite a few months ago (October last year) I purchased some digi stamps from Time for Tea and, as usual with me, never got around to colouring them up. A couple of weeks ago I came across the folder again and decided that I was going to use at least one, and the one I chose was Great Gatsby Girl, which unfortunately doesn't seem to be available in store any more. I had also recently purchased a set of digi papers called Pretty as a Peacock, which used my favourite colour combo, and was desperate to use them, so I decided to pair the two together.
After colouring up the image I was really pleased with the way she turned out, (I even turned her headband feather into a peacock feather) so I used an 8 inch square card blank because I wanted to keep the image as large as possible.
I die cut some spellbinders borders, and used some art-deco elements to make up the frame around the image and sentiment. 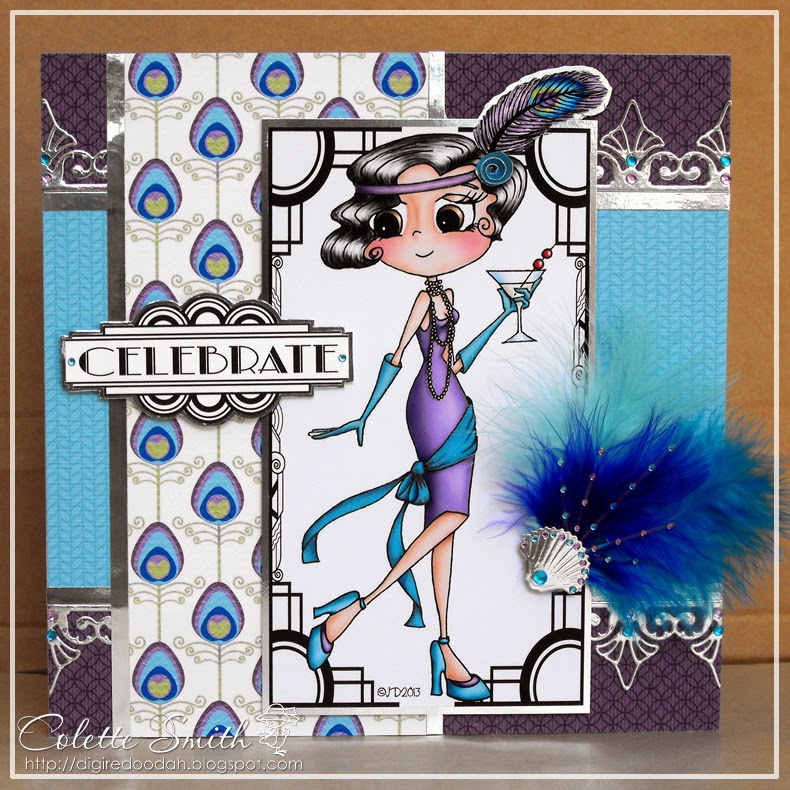 I also made a feather and diamante fan embellishment by die-cutting a shell, cutting off the corners then adding feathers and teeny weeny narrow strips of acetate with stick on gems. 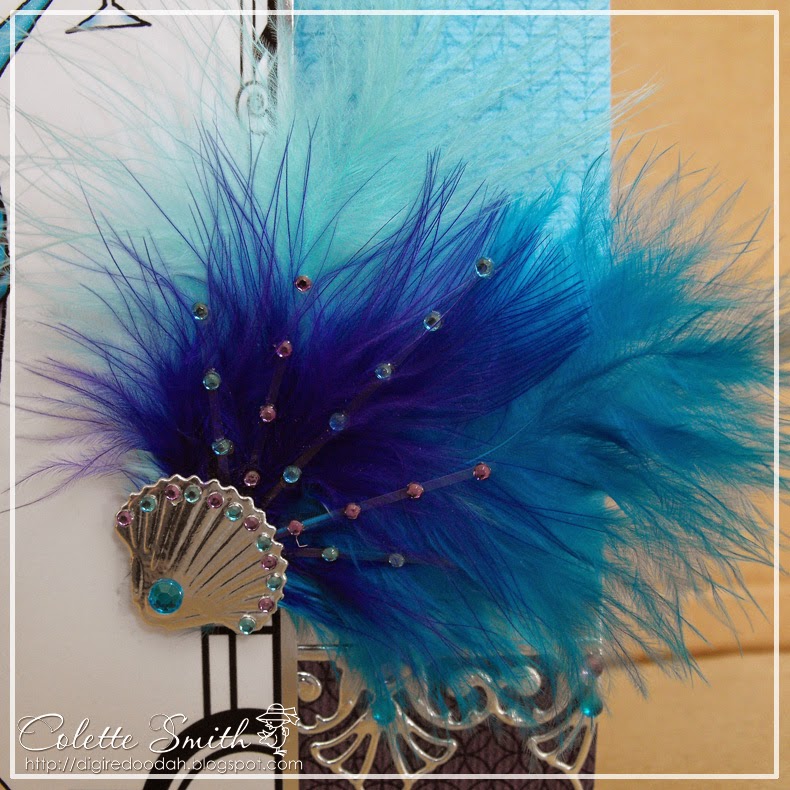 
Thanks for popping in
hugs,
Colette xx
Posted by Colette at 07:00

This is gorgeous Colette. I love the Gatsby image and the papers are scrummy. A fabulous design.
Enjoy the rest of your week.
Hugs Sharon. x

Love this fabulous flapper Colette... and wow to the peacock colouring!

Thanks for sharing your lovely crafting for Fan-tastic Tuesday challenge 42 - hope to see you again soon, Hazel, DT x

Gorgeous Design...just perfect for our challenge over at Suzy Bee's, I do hope you will join us again next week for another fun challenge..
Hugs
Suzy B (Owner)
XX

Colette, wow this is just gorgeous love the peacock feather in her hat and the real feather...looks great as well as the beautiful papers...
I have joined as a new follower of your blog. You may want to join in my blog and candy sponsored by three lovely artists...thanks..xx
♥aNNie

The Journey is the Start

Ohhh me likey!! Particularly the deep jewel tones and the sparking silver mirri!

Have a fab day.

Such fantastic card! You always make your creations look so perfect. I just love them all. The design is fabby and the colour combo is wonderful.
Love n hugs
Marie

Fab Art Deco creation, lovely image and design. Thanks for sharing with us at Aud Sentiments this fortnight
Hugs,
Sandy