As you can see by the title I have five Clipart Fairy cards to show you today, I am getting to the point of having to write out and send my Christmas cards, so need to make sure I have enough, and yesterday I managed to add these five to my total.

I have used two of the Clipart Fairy's new sets, So Macho and Christmas Fairy which both have paper packs, alphas, printables and interactive kits within them.

My first card is made with the Christmas Fairy Post It kit, I used the editable version to add my own wording to the tag, and also printed the tag out a second time so that I could make a little pocket to hold a gift of money.

Ribbon and jingle bells - MeiFlower
My second card was made using the So Macho - Mat and Layer me Kit, which contains the square background, which you could use any way up, two buntings one with the word Merry, one blank,  several word arts, oval frames, including one containing the image with decoupage, plenty of options to make lots of different cards from the one kit. 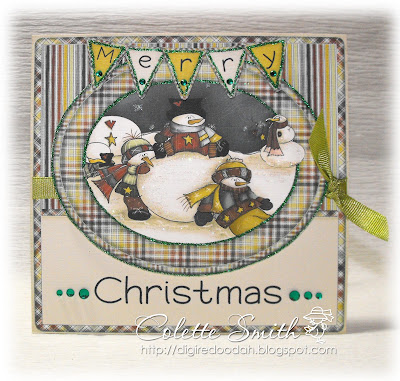 Ribbon and gems - MeiFlower
Next up is another Christmas Fairy card, using various papers, frame with image, and word art from the Christmas Fairy Kit and letters from the Sassy Fairy Alpha. 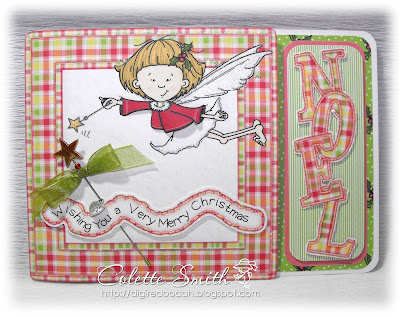 Star pin - Ribbon Girl
Ribbon and Charm - MeiFlower
Beads from stash.
I like to glue a bead onto the pointy end of pins so that they don't hurt anyone.
Another So Macho card, this time I made an easel card using papers from the paper pack, the oval frame and image and blank bunting  from the Mat and Layer me kit and letters from the So Macho alpha set for the word snow. 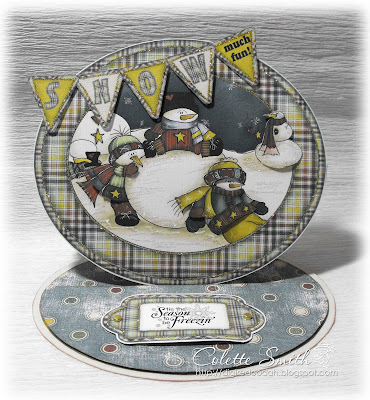 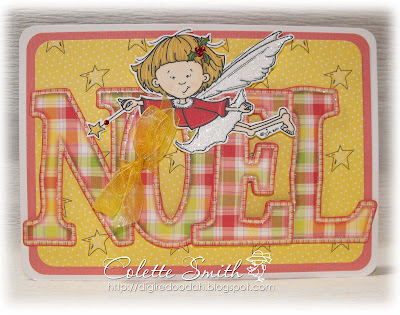 Ribbon and gems - MeiFlower
Now if that wasn't enough Clipart Fairy for you I am off to her workshop today, we usually make about six cards, so tomorrow you will be seeing the results of my labours.
There is a freebie Alpha and paper to collect on the Clipart Fairy blog and 25% off selected Christmas products at both the Printable and Interactive stores.
Also a 20% off everything Sale at MeiFlower which runs until Sunday 4th December.
Colette xx
Posted by Colette at 00:08

I seen these in "real life" today and these pics just don't so them justice Colette, absolutely stunning hun

I bet people love being on your Christmas Card List. These are delightful.
Sandy