I'm back! back to blogging that is, been sooooooooooooooooooooooooooo (yes - really - that much) busy since I got back from my hols that I haven't had a chance to get any blogging done, even had to miss some of my DT posts this month.
Had a fabulous holiday in Italy, met some lovely people who we are still in touch with and all hoping to go away together next year.
Came home to 3 magazine commissions, two had their deadline extended so that I could do them when I got home and then the third one came in after being home about a week, so they have kept me really busy, on top of that we have had some problems with my mother-in-law and the best news of all, my grandson Will managed to get himself a small part in a play at the Liverpool Playhouse theatre called The Rivals, he did really well at the audition and was thrilled when he got the part, but he needed a chaperone with him at each performance so we all had to muck in to make sure he was chaperoned and there was someone available to look after Charlie as well which again took up a lot of time, the play still has a week to run, so still a bit tied up with that. 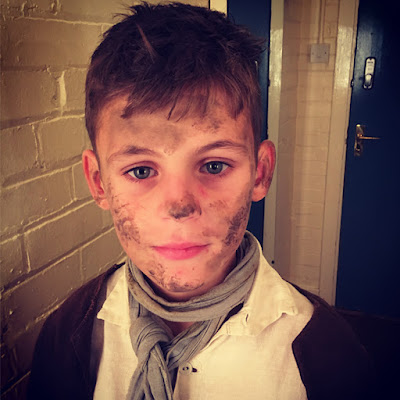 Here he is all dressed up and ready to go on.

While we were away Will was also made head boy and was given the lead role in Macbeth at school, which they are performing at a small local theatre, Sooo proud of the him.

I do actually have a couple of cards to show you, part of a magazine commission for the August edition of Papercraft Essentials. 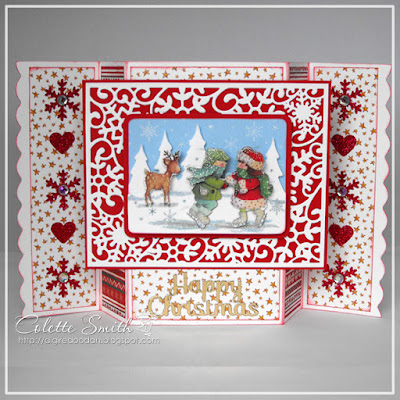 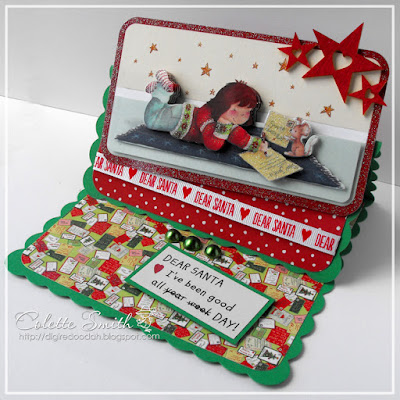 I made 7 cards altogether so will have more to show during the week.

Thanks for stopping by,
hugs,
Colette xx

Hi Colette,
glad you enjoyed your holiday, you certainly deserve it and big congratulations to your grandson, what a talented little guy he is!

It's nice to see you posting again Colette, take care,

Lovely to catch up with all your news Colette.... you look like you have a very talented grandson there... he'll be rich and famous in years to come!! I'm also glad you had a good holiday in Italy... I've only ever been to the north when we've holidayed in France - but would love to see more of it.