It's Charlie's birthday today, happy birthday Charlie Chops!!!
In my last Teddy Bo post I showed you the card I had made for him with the red mini, (the only thing he wants for his birthday), well he is also a big fan of Curious George, so I thought I would make him a card with George on it from Meg. I found a printable colouring page on Google, coloured it up and turned it into a card, I only had to add the sentiment to finish it off when Stacy saw it and claimed it for herself, so I had to reprint the sentiment with Son instead of Nephew. 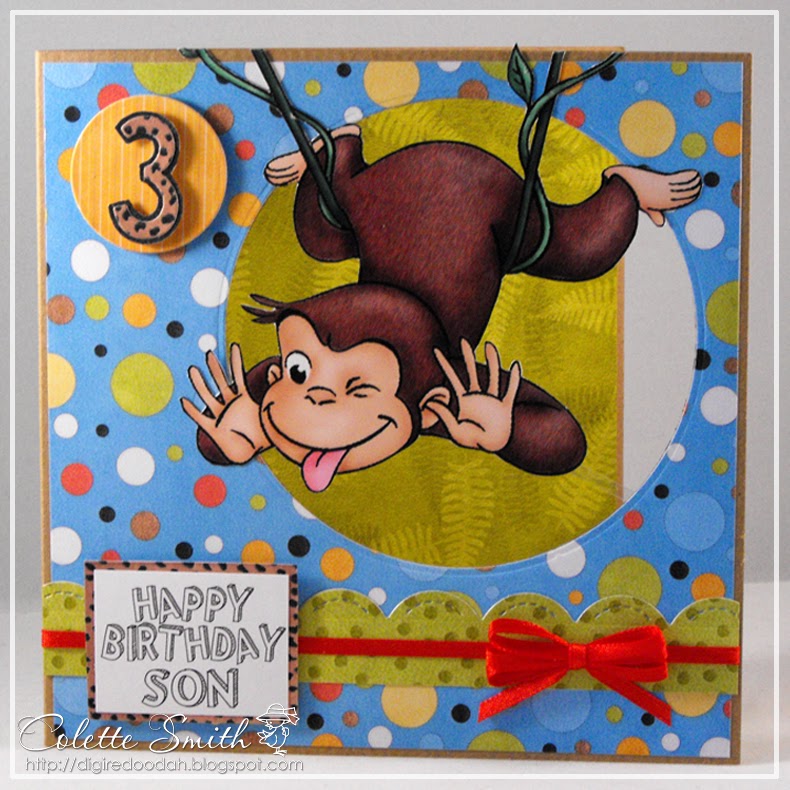 Thanks for dropping in,
hugs,
Colette xx
Posted by Colette at 08:48

Awwww that is just one cute card. Loooovely In Sweden his name is Nicke Nyfiken ;) :)

Happy Birthday to Charlie! What a fabulous Birthday card!

Happy Birthday Charlie!! I think he'll LOVE this card too.... what a clever idea to find an image from google to use and wowwww to the card you've turned it into!